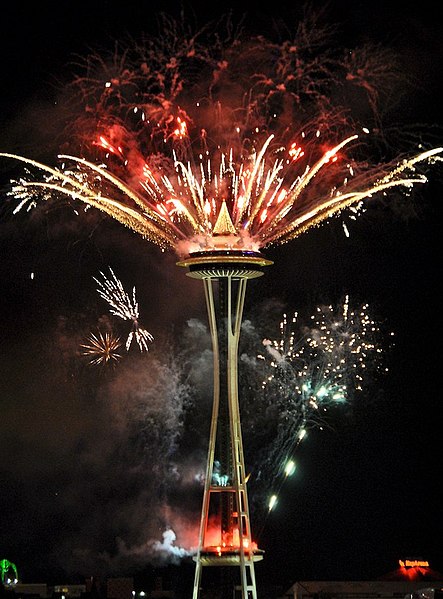 I feel completely confident in saying that 2018 has been The C Is for Crank’s best year yet—full of breaking news, in-depth coverage of people and issues that get short shrift from other media, and the kind of independent journalism on Seattle issues that you just can’t find anywhere else. In the past year, I’ve published almost 180 stories, Morning Crank columns, editorials, and guest op/eds, which represent countless hours of interviews, research, public disclosure requests, and deep dives into the minutiae of legislation, local politics, and the law. When I’m not posting on this site, I’m often breaking news, posting live updates from events, providing quick-hit analysis, or interacting with readers directly on Twitter, which I see as an invaluable tool to supplement the longer stories I write here.

If you’ve been reading me all year and are just looking for a nudge to become one of the hundreds of supporters that make this work sustainable, here you go: I literally can’t do this work without you. This site is ad-free and paywall-free, and I plan to keep it that way, but the only way I can do that is with contributions from readers like you. If  you’ve gotten anything of value out of my work this year—information you wouldn’t have had otherwise, a story you didn’t see anywhere else, or a bit of analysis that made you think—consider kicking in a few bucks a month or making a one-time donation to keep the site going for years to come.

If you still more convincing—or just a reminder of what I’ve been up to over the last year—here are a few of the stories I’m particularly proud of:

• My ongoing coverage of the drama at the King County Democrats, whose embattled chairman, Bailey Stober, refused to resign despite multiple charges of misconduct, including allegations of improper spending and sexually harassed his lone employee. The drama went on for months as Stober stonewalled, claimed to be the victim of discrimination, and used parliamentary procedure to hang on to power while decisions he had made as chairman (like a $500-a-month deluxe Internet package) pushed the organization to the brink of insolvency. I stayed on top of the Stober story, attending meetings that often stretched well into the night, until he finally stepped down after a 13-hour “trial” at which his supporters impugned the character of his accuser and suggested falsely that she had a drug problem that made her less than credible. Today, the group is solvent and headed up by Shasti Conrad, one of the women who spoke out on behalf of Stober’s accuser and fought for his resignation.

• After I broke the news that a custodial worker had been rushed to the hospital after being stuck by a needle while changing the trash in the women’s restroom at the Ballard branch of the Seattle Public Library (and was told that libraries don’t provide sharps containers because drugs are illegal), I stayed on the story, covering the library’s decision to provide containers for used needles on a pilot basis in several branches where needles are often found. Eventually, the library decided to expand the sharps pilot to every branch and make it permanent—a for which I’m happy to take some credit, as the only person who’s covered this story to date.

• Months before the Seattle Times and other media picked up on the story, I got wind of a planned “reset” for Move Seattle—the $930 million transportation levy that passed in 2015—and reported on it in early April. The reset, which has since been covered in detail by many outlets, including this one, will mean that many of the projects originally promised in the 2015 levy will not get built, and others will be scaled back or postponed.

In that same post, I was also the first to report on the outcome of the One Table process, a joint effort between King County and its cities to determine the root causes of homelessness and come up with a plan for addressing them. The recommendations, such as they were, were “familiar,” I reported: Build more housing and “increase access to existing housing choices.” Critically, One Table never suggested any way to pay for new housing or increased access to existing housing, and—after many cancelled meetings and with nary a press conference to announce the results—the effort ended with a fizzle.

• One of my most-read posts this year was a report on a public forum in Ballard, ostensibly about the proposed head tax, that I believed laid bare the intolerance and indifference to the suffering of others that’s at the heart of some Seattle residents’ opposition to spending a single penny more to help or house people sleeping in tents and huddled in doorways in one of the richest cities in the world. Titled “Tonight In Ballard: Two Hours’ Hate,” it describes what I still consider a low point in the city’s anti-homeless rhetoric, a mob scene where property owners screeched obscenities (inside a church, no less) at a group of officials and volunteers who they had no intention of allowing to speak.

• When the city’s Environmental Impact Statement for the proposed Mandatory Housing Affordability plan was released in May, I was thrilled to learn that in addition to the usual data about environmental impacts—how many cars the plan would add to or remove from the roads; what kind of impact additional housing would have on the urban tree canopy—that it also included a detailed breakdown of the impact exclusive single-family zoning has had on our city’s affordability and diversity. Point by point, the EIS demolished several canards about density, including the belief that allowing more housing in single-family areas will displace low-income people and people of color, and demonstrated clearly how single-family exclusivity has little purpose other than building wealth for incumbent homeowners, who tend to be whiter and wealthier than the average Seattle resident, at the expense of everybody else.

(In a similar vein, I also covered council member Teresa Mosqueda’s proposal to put the hallowed neighborhood plans of the 1990s, which effectively enshrined single-family zoning and restricted rental housing to narrow bands of land along arterial streets, through a race and social justice tool kit to see what impact those plans have really had on low-income people and people of color;  efforts by an anti-housing homeowners’ group to misrepresent a letter from a group of city employees as a smoking gun proving that the city didn’t do any kind of race and social justice analysis on the proposed MHA upzones (they did); and a shouldn’t-be-radical proposal by the city’s Planning Commission to get rid of exclusive single-family zoning altogether.)

• While others in the press were waxing nostalgic (and ignoring pertinent facts) in an all-out campaign to “Save the Showbox,” I covered the efforts to preserve the architecturally unremarkable building—which served as a peep show, a furniture store, a bingo hall, an empty storefront, and a comedy club before beginning its current incarnation as a rock club in the 1990s—with considerably more skepticism. My story on what the city actually did when it voted to “Save the Showbox” (preventing a developer from building apartments on the site, which was recently upzoned to encourage development, and prompting a lawsuit by the property’s owner) puts the decision to add the building to the Pike Place Market Historical District in in a historical and legal context—noting, among other things, that the Showbox itself is owned by AEG, an international promotions company, and that preserving the two-story box in which the club is located doesn’t actually erase the fact that the Showbox is a tenant, or that AEG’s lease ends this year. More recently, I reported on a budding backlash against the Showbox’s chief crusader, Kshama Sawant, from—of all people—her own Capitol Hill constituents.

• In September, I broke the news that Mayor Jenny Durkan and council member Rob Johnson had decided to hire a mediator to soothe tensions between two groups advocating for and against a long-planned protected bike lane on Northeast 35th Street between Wedgwood and Ravenna, after Johnson was targeted with death threats and someone placed explosives on construction equipment located incidentally along the bike lane route. on the road. The bike lane was included in the 2014 Bicycle Master Plan, and was supposed to be completed this year, but Durkan’s office said she decided to add more process to the process after receiving thousands of letters opposing the proposal. As I wrote back in July, the arguments against the bike lane range from the easily disprovable (the city’s analysis found that street parking was never more than 50 percent full within a block of the project, belying claims that removing parking on 35th will destroy businesses) to the absurd (the claim that only “the privileged” want safe bike infrastructure, which will be news to the hundreds of South Seattle bike riders who have been clamoring for safe passage along Rainier Avenue for years). In late November, I spelled out some of the consequences of the city’s lackluster performance on bike lanes, and gave an update on the latest “compromise” plan for 35th—a new “alternative design” that includes no bike lanes at all.

• Earlier this month, I broke the news that Mayor Durkan had given Anne Fennessy—a public affairs consultant who has known Durkan for decades and is the wife of her deputy mayor, David —a $720,000, no-bid contract to serve as the city’s main point of contact during the development of a plan for Sound Transit 3, which will extend light rail to Ballard and West Seattle. Durkan previously hired Fennessy to do an analysis of the planned downtown streetcar, which the mayor put on ice early in her term, and to evaluate the performance of SDOT, which has lacked a permanent director for more than a year.  The agreement is unusual not only because of Durkan and Fennessy’s close relationship, but because Fennessy is primarily a public-affairs consultant, not an expert on the type of technical input she will be coordinating as part of the four-year contract. The Seattle Times picked up on the story, crediting me, later in the day.

• Finally, I’d be remiss if I didn’t note the debut of a new column by my longtime friend and colleague Josh Feit, called The J Is for Judge, in which Josh issues a verdict on the week’s news. His first column, on the toxic nostalgia surrounding the Showbox debate, was a barn-burner (“the outcry to save the Showbox is just more nostalgic pique from a public in the throes of anxiety about change”); but I also recommend his wonky latest, debunking the conventional wisdom that building market-rate apartments reduces the amount of affordable housing in Seattle.

If you’re convinced that this site offered you something of value in 2018, please please, make a sustaining or one-time donation to keep the momentum going in 2019. Do it now, and enjoy the warm, fuzzy glow of knowing that you supported independent local journalism in 2018. Thank you, and happy new year.