In 2021, St. Louis—a majority-minority city—made history by electing its first Black female mayor, Tishaura Jones. How was she able to make history? Because in 2020, St. Louis voters reformed their elections to take back power from special interests and place it firmly in the hands of voters. This November, Seattle will get to choose whether we want the same election reform for our city.

Jones previously ran for mayor in 2017, and despite very strong support and endorsements, lost in a crowded primary by just 2 percentage points. Jones’s opponents included three other major candidates, two of whom were Black. In the end, the only white candidate in the race, Lyda Crewson, won with just 32 percent of the vote.

Far from an aberration in the city’s history, the election continued a trend where the city rarely elects a mayor who reflects the electorate, ideologically or demographically. St. Louis University political scientist Ken Warren noted at the time that Jones almost certainly would have won handily if either of her fellow Black competitors were not in the race, since the three similar Black candidates split the vote. 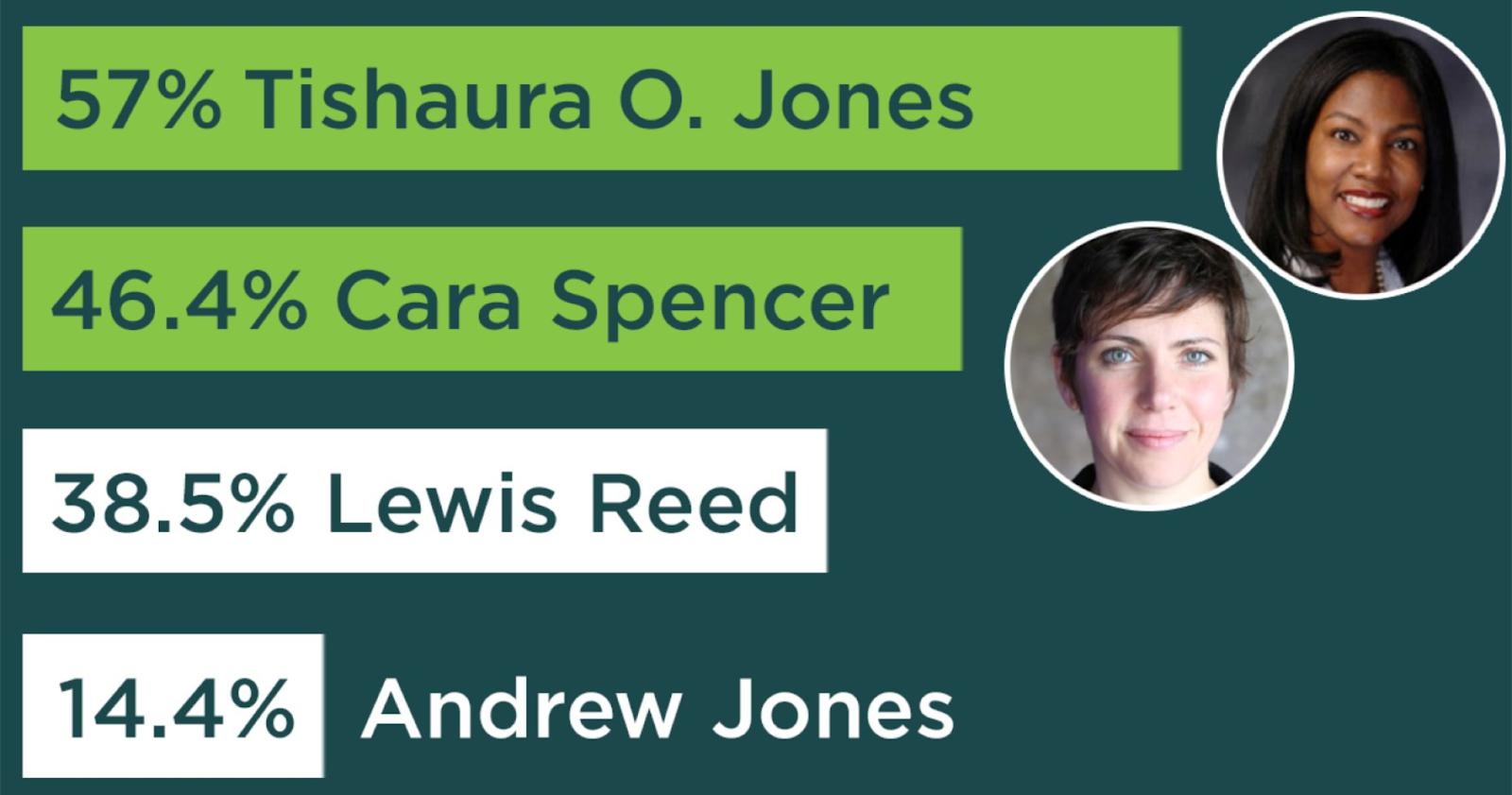 St. Louis had long been dominated by machine politics, where a small number of insiders exert undemocratic influence over elections. In 2017, this manifested as a less representative candidate eking out victory without majority support because three of her challengers split the majority vote.

So, what did St. Louis do? Voters went to the ballot box in 2020 and passed a voting reform initiative with landslide 68 percent support. They adopted an open, non-partisan primary, like Seattle’s, but with one key enhancement: St. Louis voters aren’t forced to choose just one candidate. Instead, in the primary, voters can pick as many candidates as they want. If they like two candidates, they can pick two. If they like four, they can pick four. And, of course, it’s still okay to pick one. St. Louis adopted this change in November 2020, implemented it over the winter, and used it successfully in March 2021, leading to newfound representation for St. Louis voters.

This little change means that two similar candidates will never split the vote and both lose. It means that voters can pick all the candidates that will be good at the job, not just the one they think they have to pick to win. It means having two strong choices in the general election. 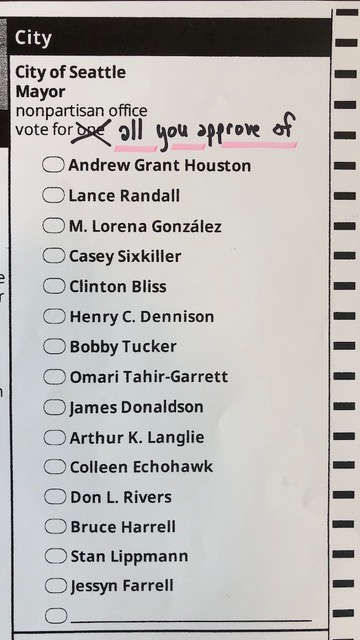 This voting method is called Approval Voting, and it is the most representative voting system currently used in America. It’s also the simplest. The ballot has only a tiny change to the instructions and tabulation works the same—just count the filled-in ovals for each candidate. The simplicity means the results are trusted, easy to understand, and immediately available on election night.

In 2022, Seattle voters will have the same opportunity to take power back from special interests, follow in St. Louis’ footsteps, and make our elections fairer, more equitable, and more representative.

Seattle needs this reform more than most cities, and sooner. Because of our previous election reforms, participation in our elections is off the charts. We have high voter turnout, and many great candidates to choose from. But our existing voting method works exceptionally poorly for our packed primary races, and we have exactly the same problem St. Louis faced. The more candidates, the less power voters have, and the more control special interests exert. We can see it in the results. When was the last time you felt like you had two strong choices in the general election, or even that both candidates were trying to serve your interests?

Many groups are working on proposals to make our elections better—and virtually all of them would be incredibly good for democracy. Approval voting is both one of the best changes we can make and the only one we can enact before the next election cycle. Indeed, the next closest reform proposal on the horizon, ranked choice voting, probably won’t be available in Seattle until 2029 at the earliest, and if history is any guide, likely not until the 2030s. There’s no reason to suffer through another decade of disappointing mayors and disappointing council members when we can repair the system today.

Seattle Approves is the grassroots, volunteer effort working to bring better elections to Seattle this year. Starting in mid-February, you will decide if you want to sign the initiative petition, and this November, you will get to decide if Seattle follows in St. Louis’ footsteps. With your help and your vote, we can ensure that Seattle voters always have two compelling candidates in our general elections.

Logan Bowers is a cannabis retailer, software engineer, and co-chair of Seattle Approves. In 2019, he ran for Seattle City Council in District 3 on a pro-housing and pro-transit platform, and his support for Seattle Approves is informed by his experience meeting more than 5,000 voters during the campaign.

6 thoughts on “St. Louis Made Their Elections More Equitable. Seattle Should Too”